Is Your Water Responsible For Obesity and Diabetes?

Is Your Water Responsible For Obesity and Diabetes? 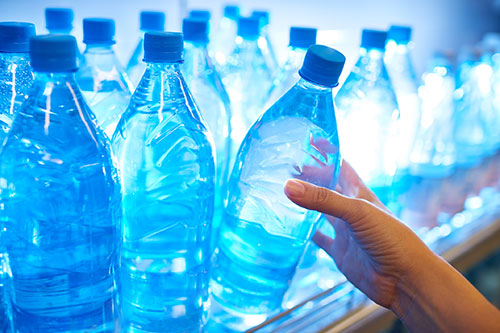 Water, water, water, that's what all the experts say is good for us. But is the water you are drinking safe or making you sick?

The wave of experts have already bored you into not listening anymore due to their mantra of all the reasons why we become obese and the additional link to diabetes. We know that we should eat more fruits and vegetables, cut down on fat, watch our calories, get more exercise, yada yada. Yeah, we know that, and for many it is rumored that it is easier said then done. We will reserve the commentary on that topic in another post that dispels this myth also. But for this post I want to harp on the water topic and what you may not know yet.

Every expert is telling you to drink more water, hydrate, and yes, even we tell all clients to do the same.  We also personally prescribe to this advise daily. But what most experts don't know is that drinking more water could actually be putting more weight on you and contributing to potential risks of diabetes. What did we just say???? You heard right, the water you are drinking may be putting you at greater risk of both obesity and diabetes.

If your waiting for us to now begin the bogus sales pitch to promote these alkaline water systems, the PH Miracle, and the rest of those touting the miracle benefits of alkaline water curing and preventing all your illnesses, it's is not going to happen. Real biochemistry tells us  that is just a sham on all consumers. So hold onto your hard earned money for the moment and wait for us to publish the biochemical facts regarding alkaline waters and other such systems. You will be better off, holding off.

How Can Water Make You Fat or Put You At Risk of Diabetes?

The dangerous culprit in your water is minuscule amounts of synthesized substances. Please do not confuse this with bacteria and parasites. We are talking about synthesized substances used in everything from pesticides to the very water bottles you drink your high priced water from. This might hit a sharp note to many women that seem to be going through menopause symptoms, but not limited to. Did you know that these minuscule substances can actually scramble hormone signals? That's right, here is how it works. These substances can interfere and trick fat cells into taking and storing more fat and or mislead the pancreas into the production of excess insulin. For those of you that don't know, this is the hormone that regulates the breakdown of carbohydrates and fat in your body.

When out and about we see almost everyone clinching to their water bottle like it is a life line, proudly drinking mass amounts and thinking, "this is good for me", may be in for a rude awaking.  Mind you now, We are not saying water is not good for you. But what is in your water may not be. Lets take just one big offender that could be disrupting your endocrine system. The award goes to the endocrine disrupter called, "bisphenol A" know in common terms as BPA. It is found not just in plastic water bottles, but in many food plastic containers and even your food can liners.

To put it directly, eating something containing BPA is like telling your organs that you are eating more than you actually are. Huh? Yep, this chemical triggers the release of almost double the amount of insulin needed to break down the amount of food you actually ate. WOW, that means that the release of such high levels of insulin can desensitize the body to the hormone over time and actually lead to weight gain and type 2 diabetes and can also significantly increase the risk of pancreatic cancer. Hopefully this helps you understand one reason why you may be working out like a fiend and not loosing weight.

What is This Doing To Me?

BPA is a very clever chemical, that has the ability to disguise itself and fool receptors into thinking it is a natural hormone. Which one at the least? Estrogen, your insulin regulator. The BPA defenders will tell you that the levels are so low that it is not an issue. What do you expect them to say? The truth is that research shows that even infinitesimal amounts, like a quarter of a billionth of a gram can interfere with receptors.

Make no mistake, this is a wide spread and global health problem. An estimated 90 percent of people living in developed countries have this BPA chemical circulating in their blood streams at levels, in many cases, higher than the threshold for causing a hormonal disruption. This is not just a problem with BPA chemicals leeching from your water bottles or food packaging. Let's also throw in those cash register receipts you hold in your hand, even the toilet paper that you , well you know, and even some dental sealants. This is really wide spread and it take so little to cause harm to your body, with bad effects from BPA down to 1000 fold below.

Understand it is not the actual dose in terms of large quantities, the fact is that minute amounts may even be more potent then larger quantities, flooding the receptors and even shutting down the production and flow of insulin. For pregnant women this could complicate matters for the fetus as well by being exposed not only to the BPA, but also to the production of higher amounts of insulin from the mother. Among other issues, what this means is that this could actually pre-program weight gain in later life, by telling the fetus to develop more fat cells.

Now we don't want to just single out BPA as the only endocrine disrupter, because there are over 20 other disrupters' that are in use within many other common items we use everyday. Some of which are phthalates, nicotine, dioxin, arsenic, and tributyltin. Obesity and diabetes are a big enough problem caused by BPA and the host of other chemicals, but this should also include the link to cognitive issues, cancer, heart disease, and infertility to list a few.

Could this be the hidden reason half of the world population is overweight, and one in six obese? This is double the number 30 years ago. Did you know roughly 25 million people suffer from diabetes today?


The next time you think about beating yourself up for not doing enough about reaching a healthy weight or point the finger at someone alleging that they are cheating and not putting in the effort, think again. Perhaps this shines a new light on the subject and that more than just caloric intake is fueling the current pandemic of type 2 diabetes and obesity.

Now What Do I Do?

Take a deep breath and just be mindful of where and how you get you're water intake. The first step is knowing and actualizing this information. Then deciding how dedicated you are to this thing called longevity and what you are willing to do the truly achieve it. Then and only then will it matter where we get water from. One thing we can tell you is it does not come from these expensive filtration systems.