Can A single dose of high amounts of Brazil nuts improves the cholesterol levels of healthy men and women? 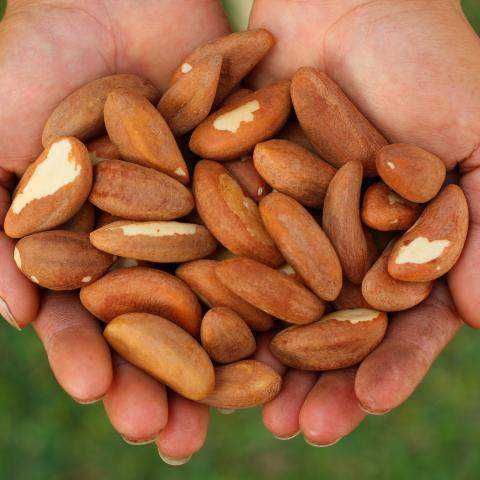 That was the outcome of a study that gave 10 men and women a single dose containing zero, one, four, or 8 Brazil nuts.

The study found that the ingestion of just a single serving almost immediately improved cholesterol levels. LDL, so-called “bad” cholesterol levels in the blood were significantly lower starting just nine hours after the ingestion of nuts. This was not just a small reduction, but an impressive reduction of nearly 20 points within a day. The prescription drugs used to treat cholesterol do not even work that fast. The prescription drug known as “statins”  usually takes four days to have any significant effect.

In this study we see the science of nature at work and the adage of less being more as four nuts actually seemed to work faster than the 8 nuts to lower bad cholesterol and boost good cholesterol. These results suggest that eating just four nuts might be enough to improve the levels of LDL-c and HDL-c for up to 30 days. This result may even last longer then thirty days but the study only tested the measures within a thirty day period.

I can tell you that I take 4 Brazil nuts in a single dose per month and as of my last lab blood tests my cholesterol, both LDL and HDL are on the mark, but that has pretty much been a constant because of my mostly healthy lifestyle. The reason it is important to subscribe to the less is more principal regarding Brazil Nuts is the high content of “selenium”, which in high doses can lead to liver and kidney toxicity. With that said, 4 Brazil nuts per month will not produce such effects. So just stick to 4 Brazil nuts per month and you should be safe and gain the benefit.

For all of you that do have your cholesterol checked and try this, send me the results of your next cholesterol levels. Well this is what I meant by sharing something you may go nuts over.